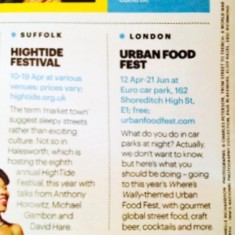 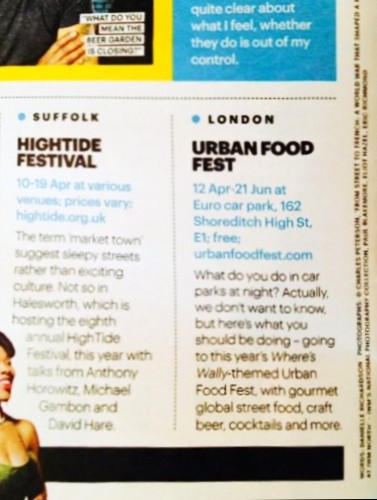 Where’s Wally Urban Food Fest London
What do you do in a car park at night? Actually, we don’t want to know, but here’s what you should be doing – going to this year’s Where’s Wally – themed Urban Food Fest with gourmet global street food, craft beer, cocktails and more.

Halloween Urban Food Fest London Putting a spooky spin on trendy street food, expect pun-based dishes and Halloween-themed cocktails, along with live music. Plus, all those who turn up in fancy dress will receive a free shot.

The Coolest Foodie Events in the UK Hungry? Check. Glorious weather on the up? Check. What other excuses do you need to visit some of the best food festivals in the UK? None. So pull on your baggiest clothes in order to better take on quality local grub, fine wines and craft beers. The proliferation of street food shows no signs of slowing down time any time soon and you can sample some of London’s best in an East End car park to the back drop of live music that goes on until midnight: it’s the hipster’s perfect night out, if they’d only admit it.