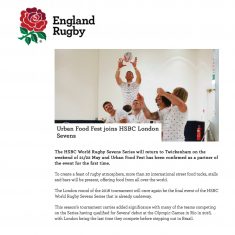 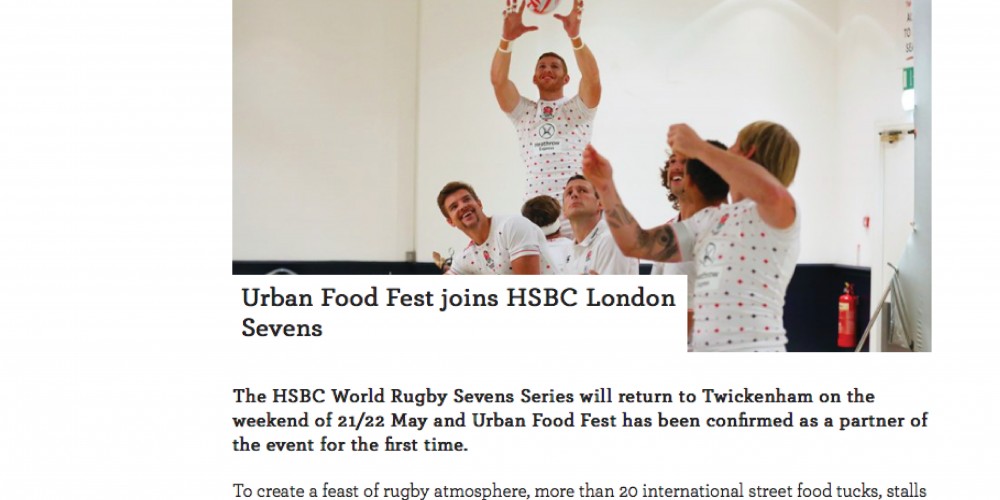 The HSBC World Rugby Sevens Series will return to Twickenham on the weekend of 21/22 May and Urban Food Fest has been confirmed as a partner of the event for the first time.

To create a feast of rugby atmosphere, more than 20 international street food tucks, stalls and bars will be present, offering food from all over the world.

The London round of the 2016 tournament will once again be the final event of the HSBC World Rugby Sevens Series that is already underway.

This season’s tournament carries added significance with many of the teams competing on the Series having qualified for Sevens’ debut at the Olympic Games in Rio in 2016, with London being the last time they compete before stepping out in Brazil.

“This partnership has been forged specifically for the HSBC London Sevens 2016 as we look to offer something different for the tournament,” said head of marketing at England Rugby Nick Fletcher.

“Working with Urban Food Fest, we will reach a new audience of adventurers and food-lovers, while adding an extra dimension onto the day for our loyal rugby fans.”

Urban Food Fest is famous for its street food and night markets in London and Manchester and its founder said they were looking forward to being part of this year’s event.

“It is a perfect combination partnering world class rugby with mouth-watering premium street food dishes,” said the Urban Food Fest founder. “We look forward to all the visitors enjoying our unique culinary treats and having an all-round fun day out.”